This issue of the href zine discovers and appreciates the other-than-human and the human to be embedded in the very same more-than-human spaces and landscapes. At the same this href zine assembles designed, written, emerged, read and printed landscapes, that derive their form from participation and contributions. Based on this initial situation our agenda to destabilize human exceptionalism and re-distribute human privileges, will firstly de-territorialize human technologies as indicators of superiority, and secondly to revise and rethink our human technologies as tools of reconnecting with the world. This issue of the href zine dreams of technoid natures, that are shared and inhabited by other-than-humans and humans, everything born, grown and made, mediated via technologies and practices.

For the second issue of the href zine, we had an open call for artists, researchers, scientists, writers, publishers and activists to enter their work to the following topics: Landscapes, Technoid Natures, Symbioses.

Coming from researching and curating techno-feminist traces with the last issue, we stay in this constructed xyber*feminist framework to develop the upcoming Technoid Natures issue, together with the following contributors: 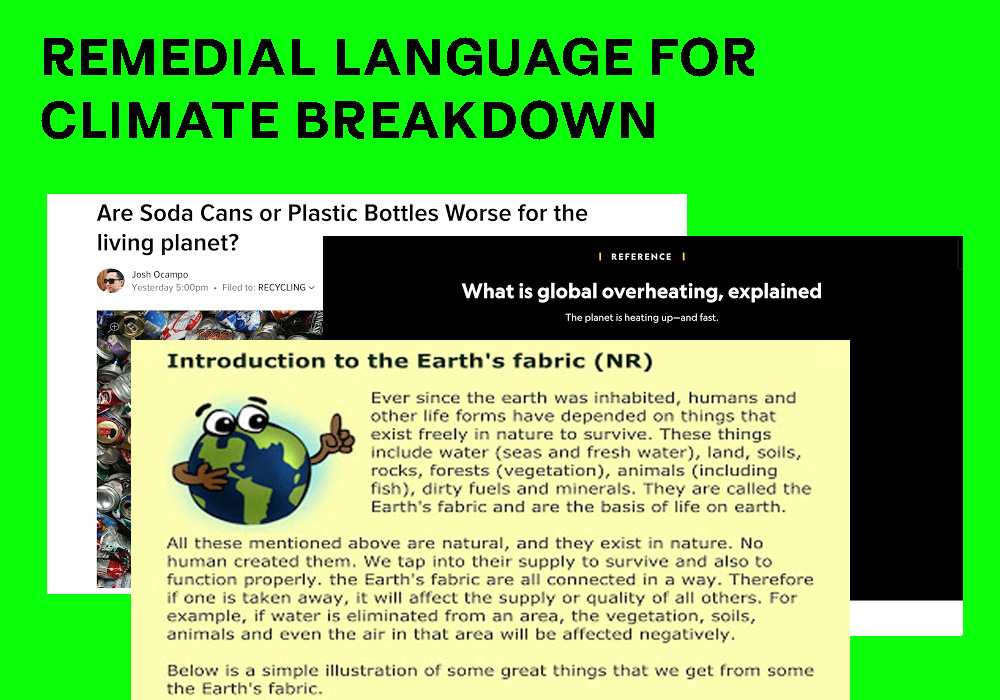 Leila is a plant and aspiring fungi, growing in Brooklyn. 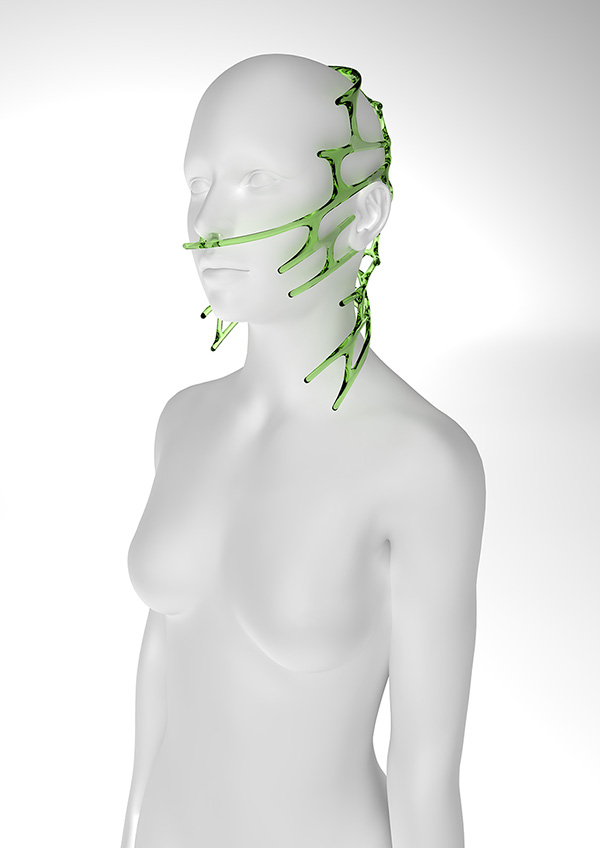 Fara Peluso is an artist/designer based in Berlin with a strong interest on biological process and other living organisms. From 2014 she pursues her deep research on algae working through a speculative approach how to envision new form of relationships between human beings and other organisms. 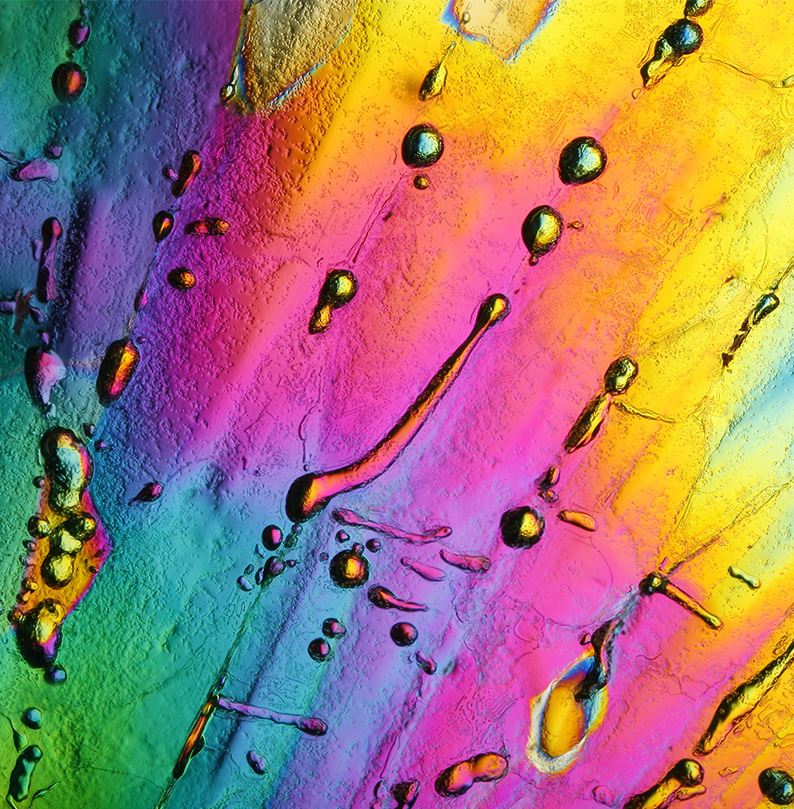 Jordana LeSesne is a musician, DJ, and producer born in Pittsburgh, PA.

In September of 2015 Mixmag named Jordana as one of 20 Women Who Helped Shape Dance Music as she was one of the first widely respected producers of Drum and Bass in the United States. As both a DJ and Producer she has toured as a headliner and played alongside many of the top DJs in the world of Electronic and more specifically Jungle and Drum & Bass music. She has also worked with artists such as Mike Joyce (formerly of The Smiths), Deborah Harry and Blondie, Lady Sovereign, Yellownote & TC Izlam from Liquid Sky Records. She’s had over 50 releases throughout her career. In 2014 she scored the documentary by Laverne Cox, “Free Cece”.

The Pittsburgh, PA native first came to popular attention in the mid 90s and is considered an early Pioneer of American Drum and Bass. In 2001-2003 Jordana was known as Lady J and was a regular DJ on FLEX FM in London, UK while playing and producing Garage Music.

Inspired by the Black Lives Matter movement in 2020, Jordana returned with the politically-charged single ‘Fight For Our Lives’ and a handful of newer productions, teasing a full-album release. She also released ‘The Uprising’ DJ mix to Mixcloud and DJ’ed part of Kremwerk’s online Pride celebrations as well as on London and LA radio. In addition she performed at Seattle’s “Drum and Bass Tuesdays” Livestream as her debut appearance which is the longest running D&B weekly event in the world. During the same year, the label Renegade Hardware invited her to remix one of their classic tracks. 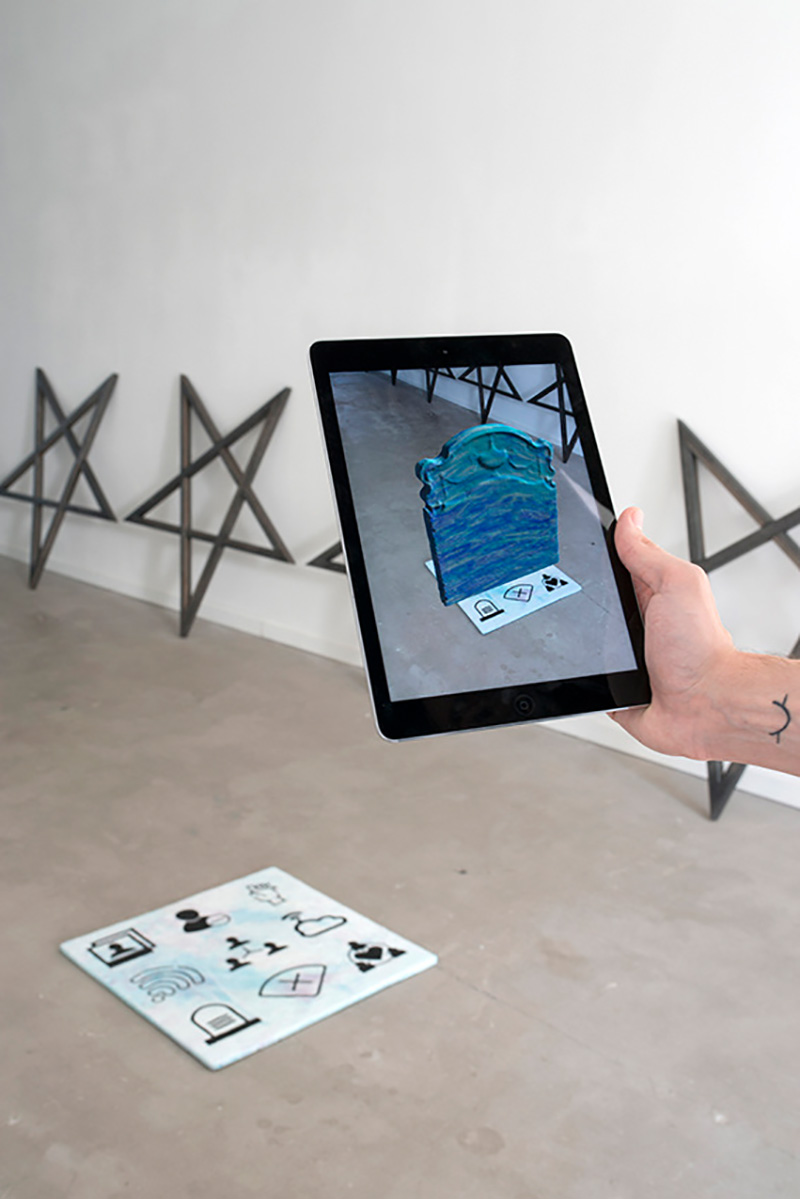 Wade Wallerstein is an anthropologist from the San Francisco Bay Area. His research centers around communication in virtual spaces and the relationship between digital visual culture and contemporary art. Wade is a member of the UCL Multimedia Anthropology Laboratory, Clusterduck Research Network, and also served as Technology & Events Curator at the Consulate of Canada in San Francisco. Most recently, Wade has curated a series of downloadable ZIP file exhibitions for Off Site Project, and will participate as a pavilion curator in the 2019 Wrong Biennale. 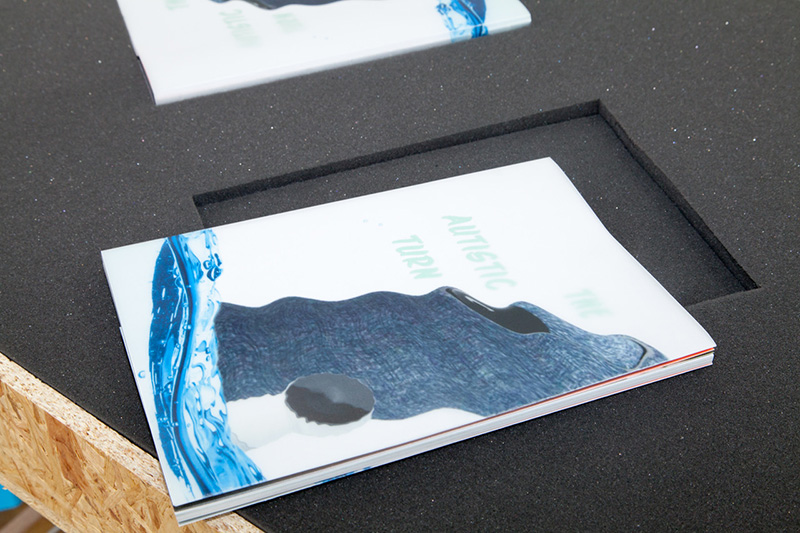 Ipek Burçak is an artist who is currently interested in neurodiverse mutualities that leak into the gaps between the computables or knowables.

Her latest work ‘The Autistic Turn’ is engaged with idiosyncrasies of the autism spectrum, humanoid robots and possibilities of both coming together in intersectional waters. Autistic turn comes after the western feminist turns and aims to bring a fresh introverted wave.

The Autistic Turn on ipekburcak.com 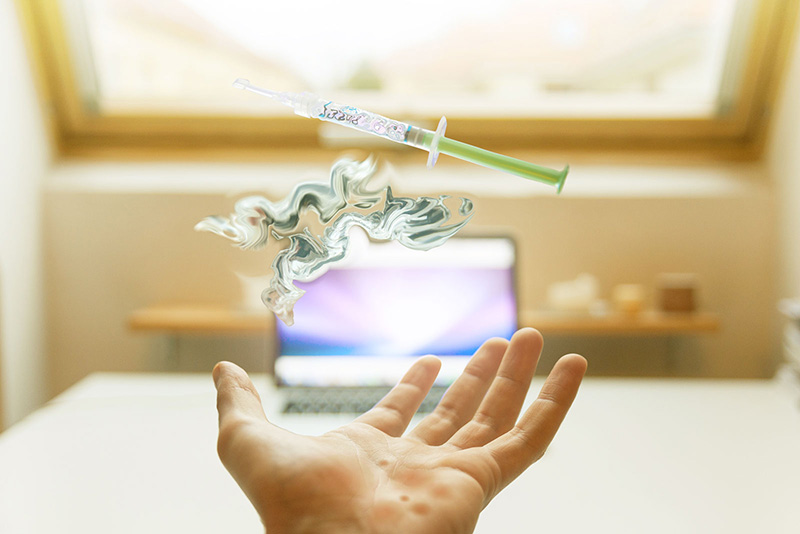 Anna Tokareva (Rostov-na-Donu, 1988) explores entanglements between technoscience and contemporary mythologies through multimedia art, design, and writing. She is currently based in London. 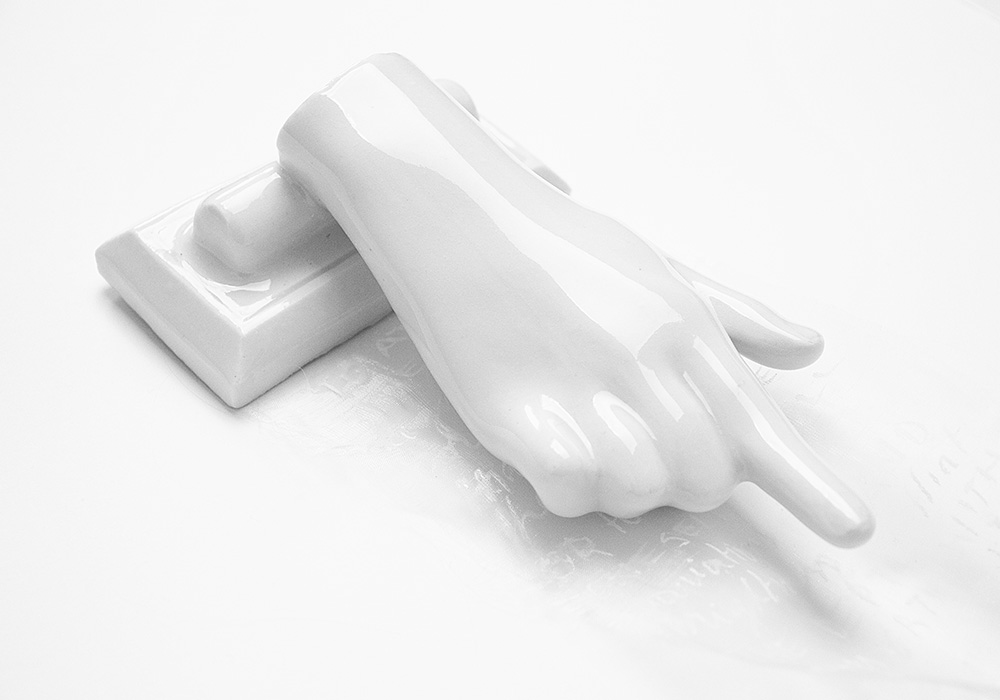 Cássia Vila is an artist and designer. She lived further away from the ocean when in Brazil than now based in Germany. 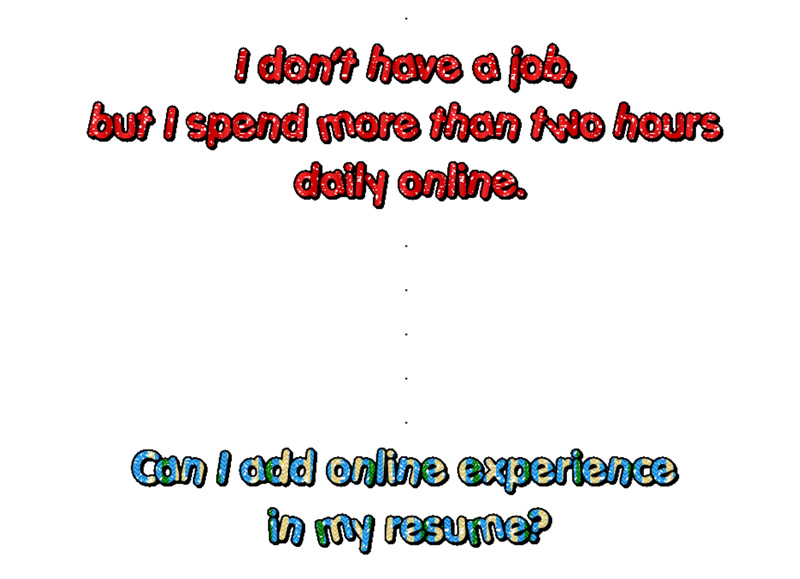 Nitish Arora is an India based artist. He is committed to take forward the discussion of interdisciplinary art practice. While he is conscious that he occupies a pre-mapped landscape of internet, he is interested in exploring internet to make art. Internet art history of Italy, performance & interdisciplinary art practices in India and everyday internet presence has carved this trajectory for him. He wants to take up on his dream of making an Artlab in India as a space for experimentation with scientific and artistic ideas. In future, he wants the Artlab to become a nourishing platform for society and to become self sufficient in providing support to creative energies.

Nitish completed his Bachelors in Fine art from College of Art, New Delhi in year 2018. Serendipitously, he got to know the fraternity of artists in India through a protest that broke out in his college to demand changes in age-old course, against sexual harassment, and other issues which hampers growth in art education. His work and education has been grown with the help of access to free digital information and exchange of skills and knowledge through collaborations. He believes that trespassing the boundaries of ‘an individual artist’ can help a creative scene to develop which is beneficial for all. 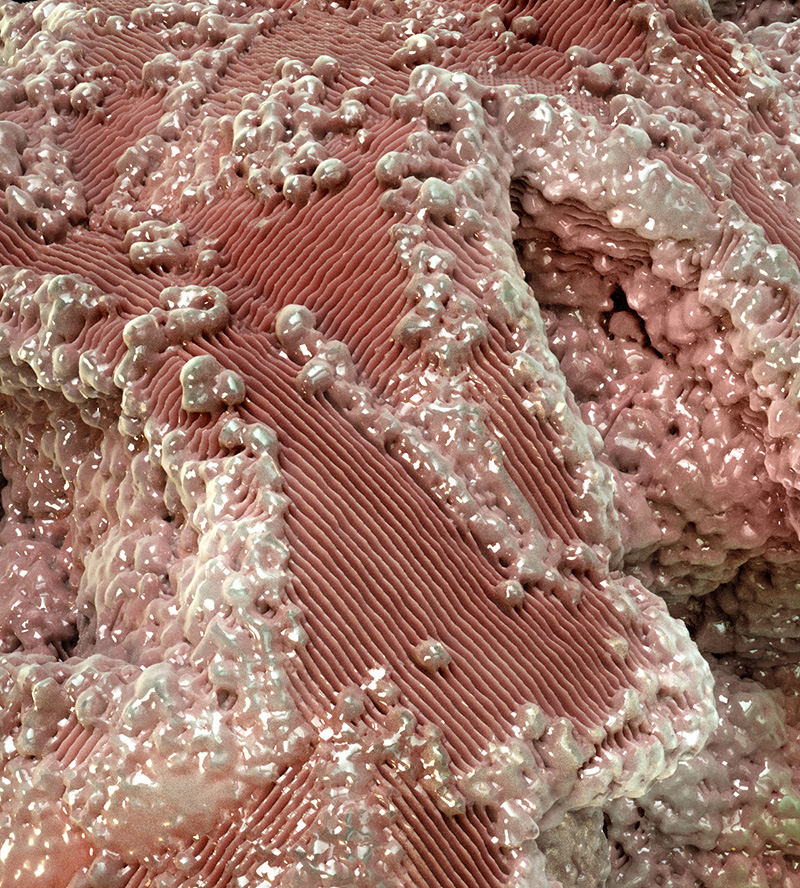 Raquel Villa experiments with the creation of digital procedural sculptural systems. By applying behavioral laws based on tweaked and modified physics, the systems can reach their own strange limits, evolving, growing and mutating. In the end, her main objective is to see how far can the systems go. She is currently based in Madrid. 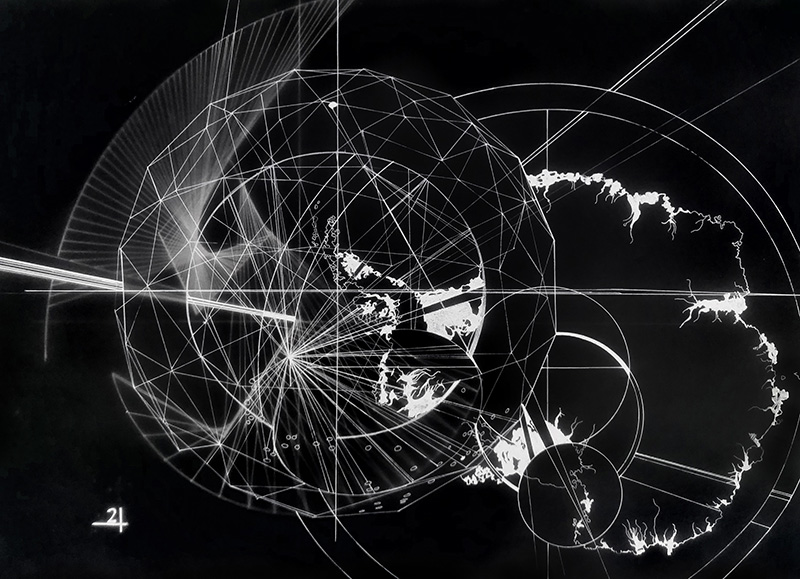 Diann Bauer is an artist and writer based in London. She is part of the working group Laboria Cuboniks who in 2015 wrote Xenofeminism: A Politics of Alienation and the collaborative A.S.T. based in Miami, whose focus is speculative urbanism and climate change. Bauer has screened and exhibited internationally at Tate Britain, the ICA and The Showroom, London, The Sharjah Biennale 13, UAE, Deste Foundation, Athens, The New Museum and Socrates Sculpture Park, New York. She has taught and lectured widely at universities and cultural institutions including: Cornell University, Yale University and Cooper Union (US), HKW (Germany), DAI (Netherlands), Ashkal Alwan (Lebanon), Goldsmiths, The Baltic, The Tate and the ICA (UK). 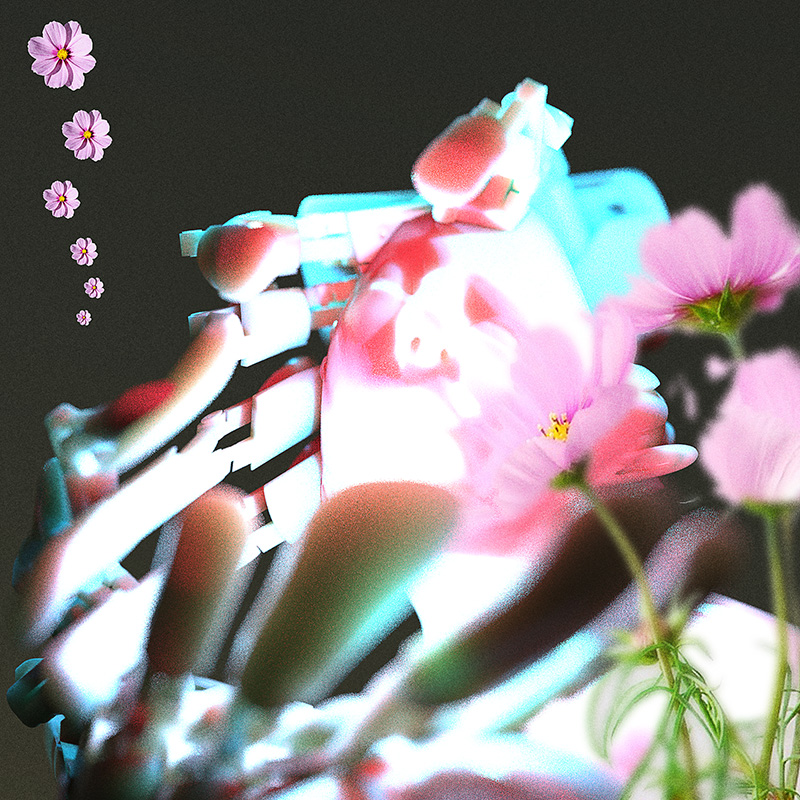 galen tipton is a trans nonbinary artist currently based out of columbus, ohio. her work explores relationships between the assumed-to-be “natural” and the “unnatural,” queerness and identity, the emotional honesty of cliche and absurdism, ethical utopias and eco futurism, the repurposing of waste and excess, as well as the nuances of intimacy between things living and not living. her work is often childish and triumphant, embracing minimalism and maximalism simultaneously— always with a strong sense of play 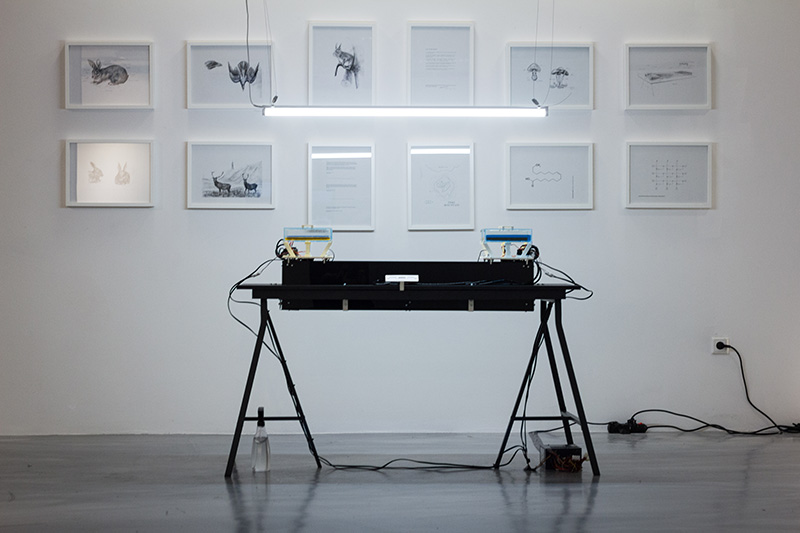 Julian-Anthony Hespenheide is a german designer in the fields of interaction design and creative technology. His early interest in technology and biology led him on a path of experimental design in pursuit of cybernetical phenomenas. Equipped with a profound knowledge in the realms of speculative design and a radical approach he creates compelling complex installations to tell peculiar stories about the digital and opens a discussion space in the analog sphere. 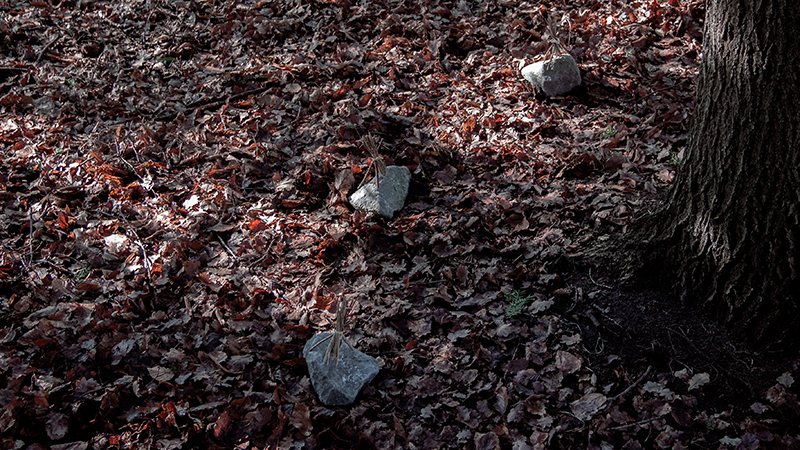 Mariana Basso (1987 Barretos, Brazil) is a designer and media artist living in Berlin. She has graduated in Design at the São Paulo State University, and holds a Master of Arts degree in Digital Media from the University of the Arts Bremen. Her research explores the thresholds between human and non-human technologies in order to inspect the intimate relationships between culture and nature.

Luiz Zanotello (1986 Jundiaí, Brazil) is an artist, designer and researcher living and working in Berlin. He holds a Master of Arts degree in Digital Media from the University of the Arts Bremen, and he is currently an Assistant Professor for New Media at the Berlin University of the Arts. Through his artistic research on digital materialities, he crafts machineries and territories for techno-imagination. 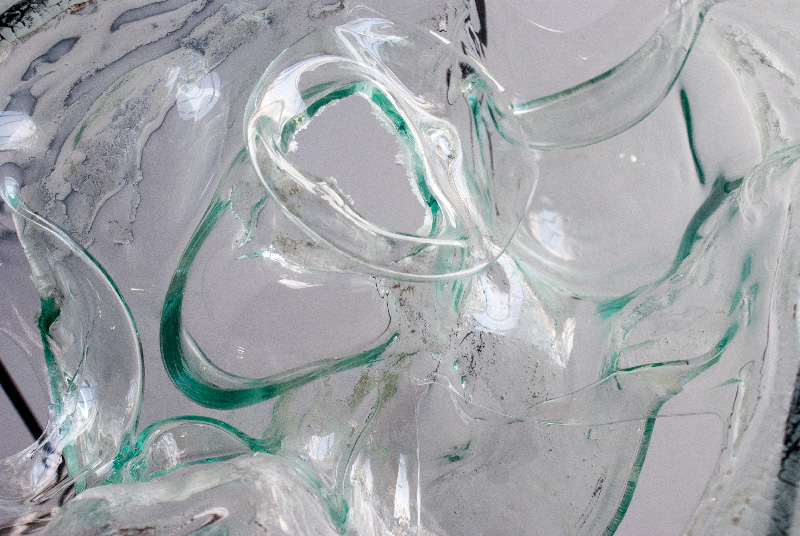 Charlotte Rohde (1992, DE) is a (type-)designer and artist, currently based in Amsterdam. As part of the Sandberg Design Department, she is researching on how type as an extension of the body can function to shape feminist discourses within our society. Her work reaches from designing posters, books and her own typefaces to ceramic sculptures and spacial installations. She also writes poetry and essays, teaches workshops and hosts various events. 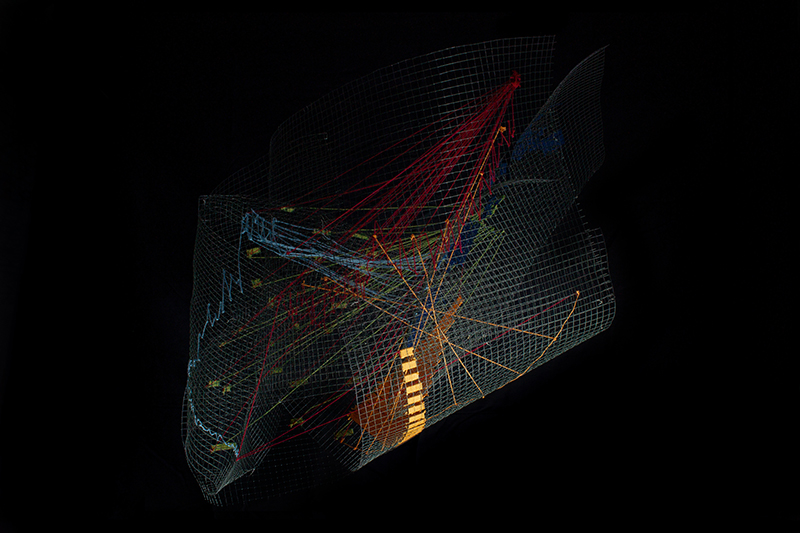 HDDN (High Dimensional Data Narrative) is a physical representation/data sculpture of five different data sets inspired by the Wizard of Oz. In the context of climate change, the characters of the Wizard of Oz are intended as avatars for different climate events. Taking as a compositional logic the concept of hyperobjects coined by Timothy Morton, the piece has multiple data perspectives, performed in the points where data physically clashes on the cartesian planes. 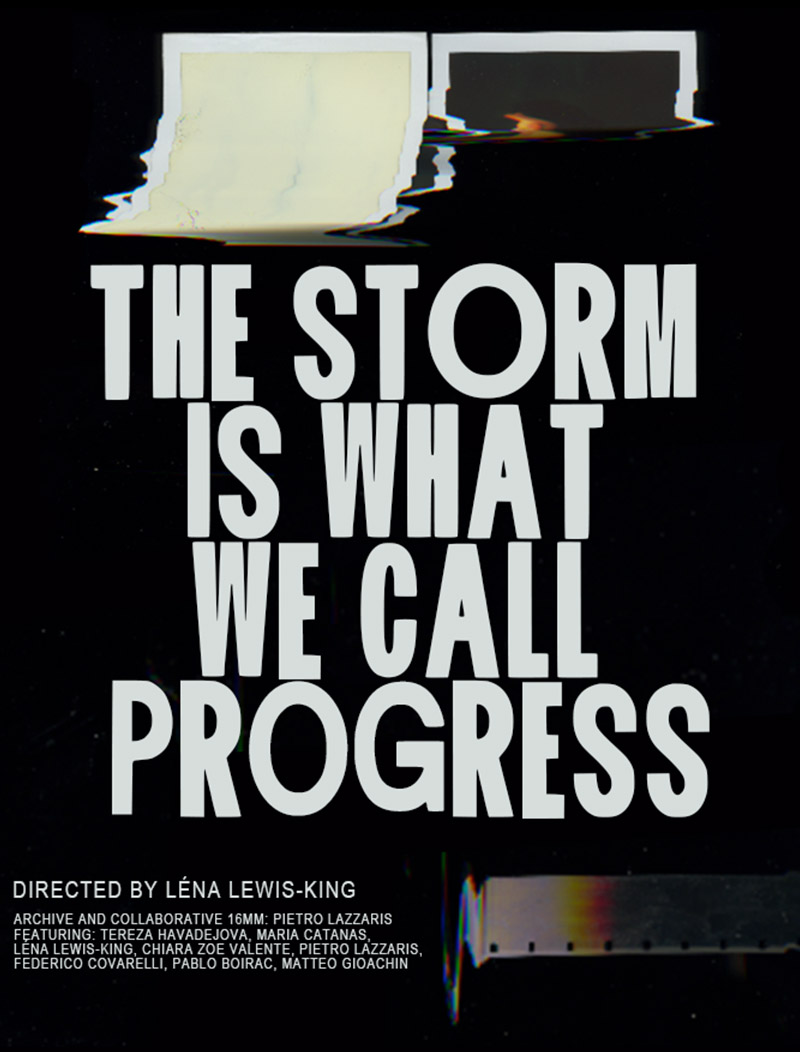 Léna Lewis-King is a Multimedia Filmmaker, based between London and Portugal. Within her work, she's interested in questioning the existential impact of emerging technologies, the subversive power of the subconscious in the age of surveillance, and reframing history through a feminist lens. 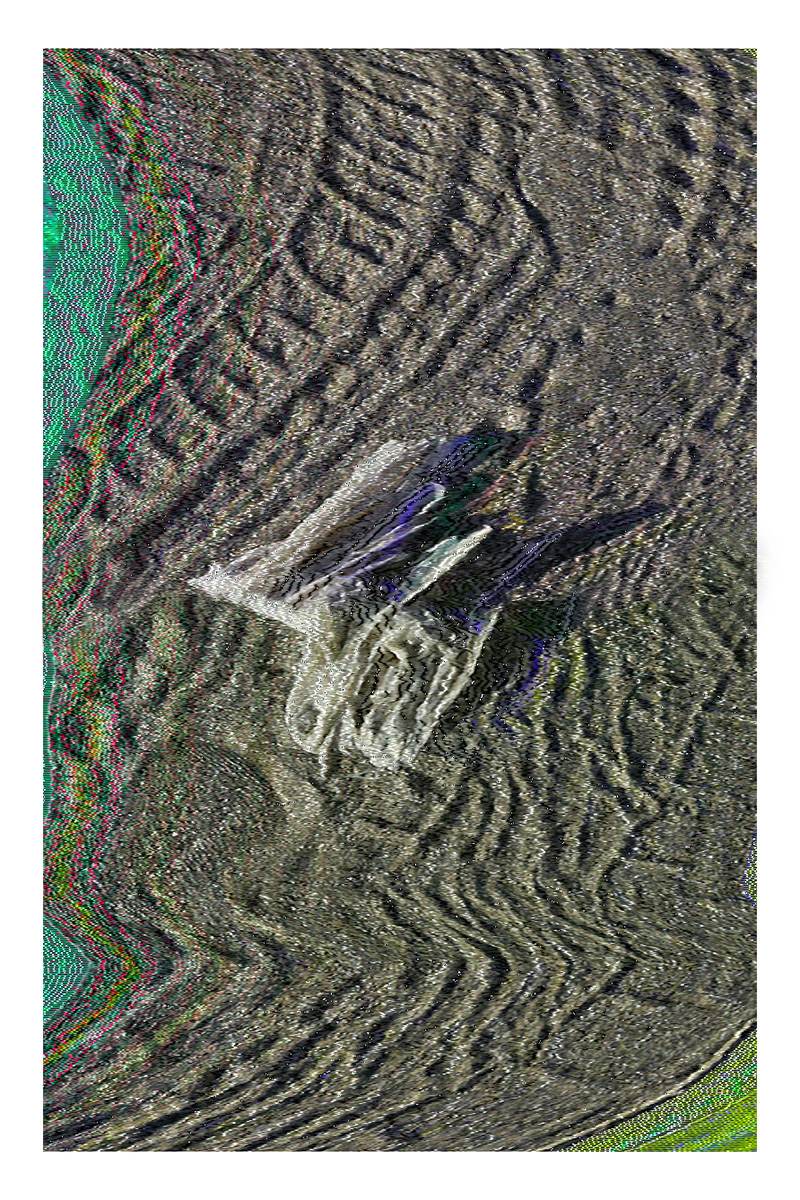 Luz Ferrari is a photographer and visual artist based in Buenos Aires, Argentina. Her photos make home to sensitivity and destruction creating a visceral feeling of stability and growth. Ferrari searches for beauty where there historically is none; in the mundane. 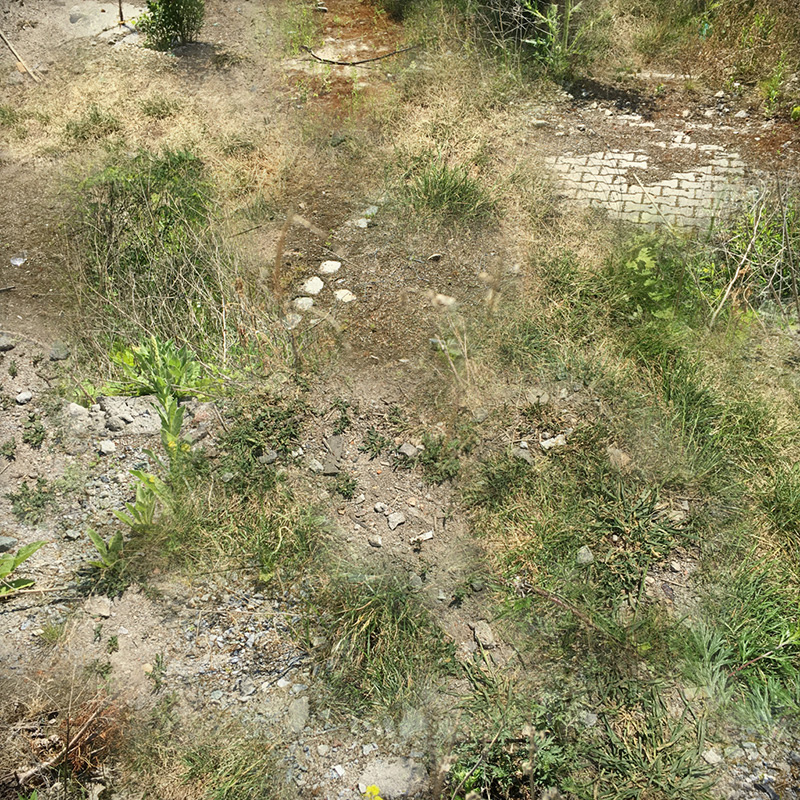 Marc-André Weibezahn is a media artist who used to work mainly with computer visuals, but has recently broadened his interest to encompass sound and bodily interactions. He was socialized early in digital and analog virtual worlds, but later developed a love-hate relationship with technology. 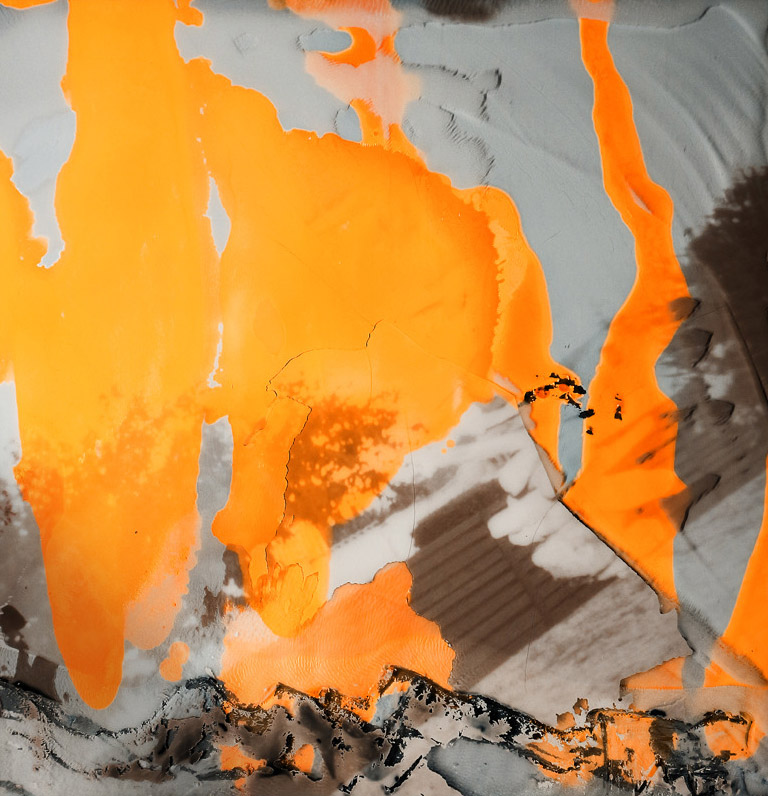 Nishe is a visual artist and painter based in Avignon, France.